Wizkid Reportedly Bags $3M for His Endorsement Deal With UBA 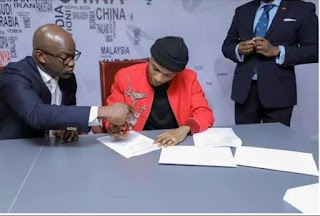 Award-winning Nigerian musician was reportedly paid $3million for his endorsement deal with United Bank for Africa (UBA).
Wizkid was named as Brand ambassador in July 2019 in a bid to expand the already existing long relationship between UBA group and the StarBoy brand.

It is believed that the Starboy fan base is the biggest in Africa, UBA will use the deal to further expand the relationship with the StarBoy brand thus attracting his fans to join the singer and become a customer of the bank. It is a marketing strategy.
According to the Africa facts zone, Wizkid’s UBA endorsement deal is worth $3m which covers adverts, performances, and partnerships.